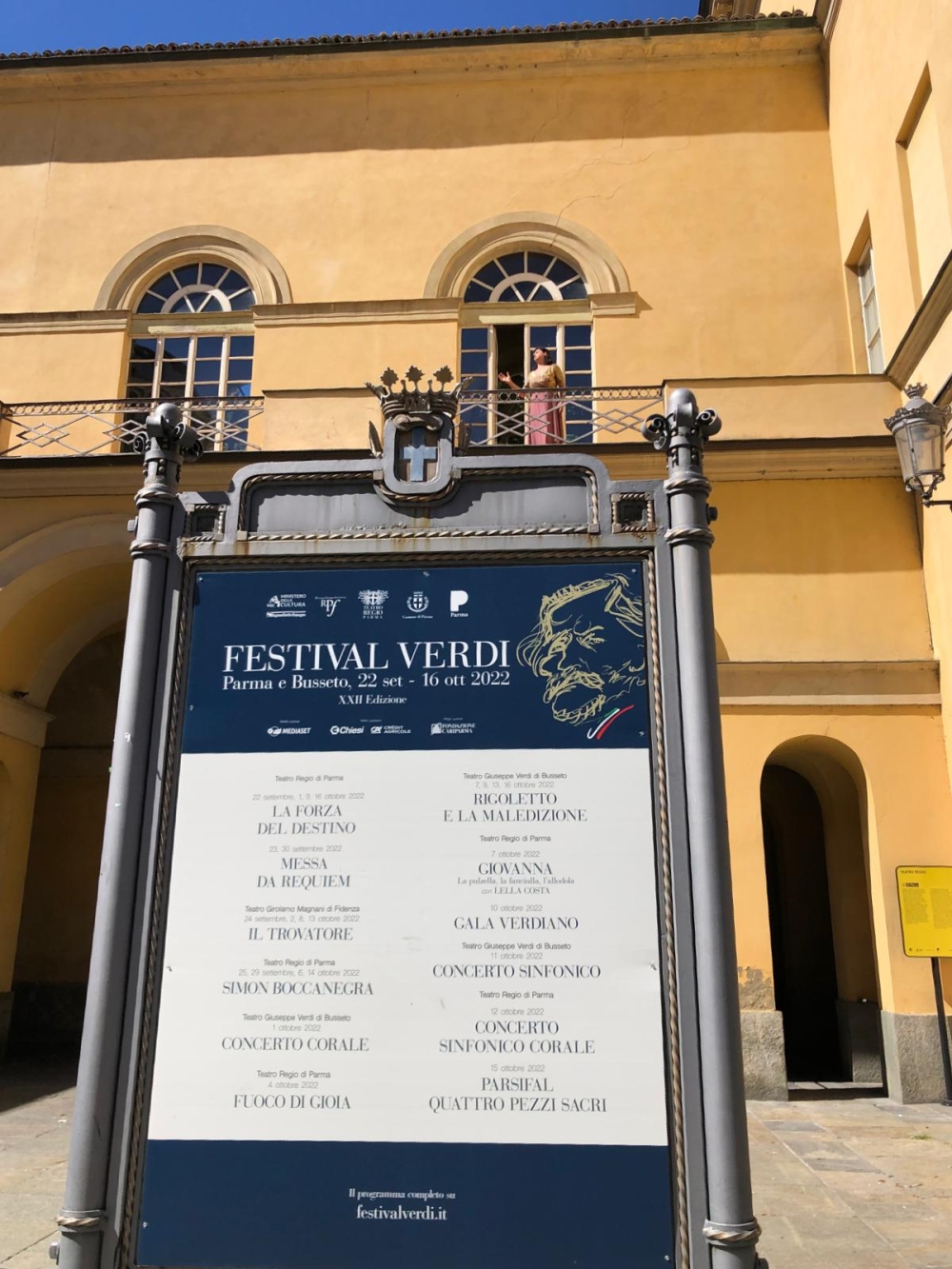 After the break due to the pandemic, the Festival dedicated to the Maestro returns into the theatres, the streets and the houses of Parma.

Particularly beautiful and intense is the contribution of the students of the local Conservatory Arrigo Boito. By interpreting some arias and duets during the Cuckoo Verdiano (Teatro Regio 1 p.m every day) and thanks to single events located in the territory, they offer for free their Verdi’s repertoire to citizens and tourists.

The Teatro Regio rich list of operas goes from La Forza del Destino to the Requiem Mass, from Simon Boccanegra to the Four Sacred Pieces. A musical offer complemented by a special day: October 10, Verdi’s birthday.

Celebrations will begin in front of the monument dedicated to him, where the Chorus of the Regio of Parma and the Chorus Giuseppe Verdi will sing together the 'Và pensiero'.
Join our guided tours for music lovers. The perfect chance to know the city of Parma and its special relationship with music.

Published in Novità stagionali
Tagged under

Info and Reservations for this Tour