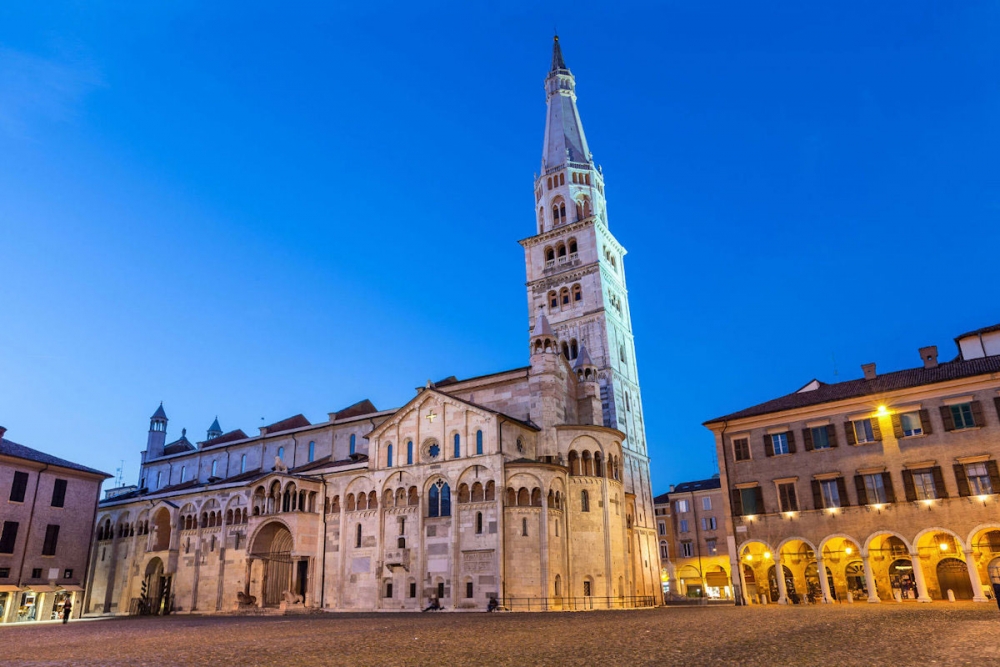 The classic itinerary winds through the old town, touching the Ducal Palace which belonged to the Este, the area of the ancient Jewish Ghetto and the Synagogue, the Piazza Grande with the Town Hall and the Theater named after the great tenor Luciano Pavarotti.

The marvelous Cathedral of San Gimignano, considered a masterpiece of the Romanesque style, is a "book of stone" that, with an extraordinary sculptural decoration that extends over the façade, portals, capitals and metopse, has been telling the fantastic imaginary of the Middle Ages for over a thousand years; adjacent is the Ghirlandina tower . Both monuments are evidences of medieval history and, due to their inestimable value, belong to the UNESCO World Heritage Site.

Published in Città
Tagged under