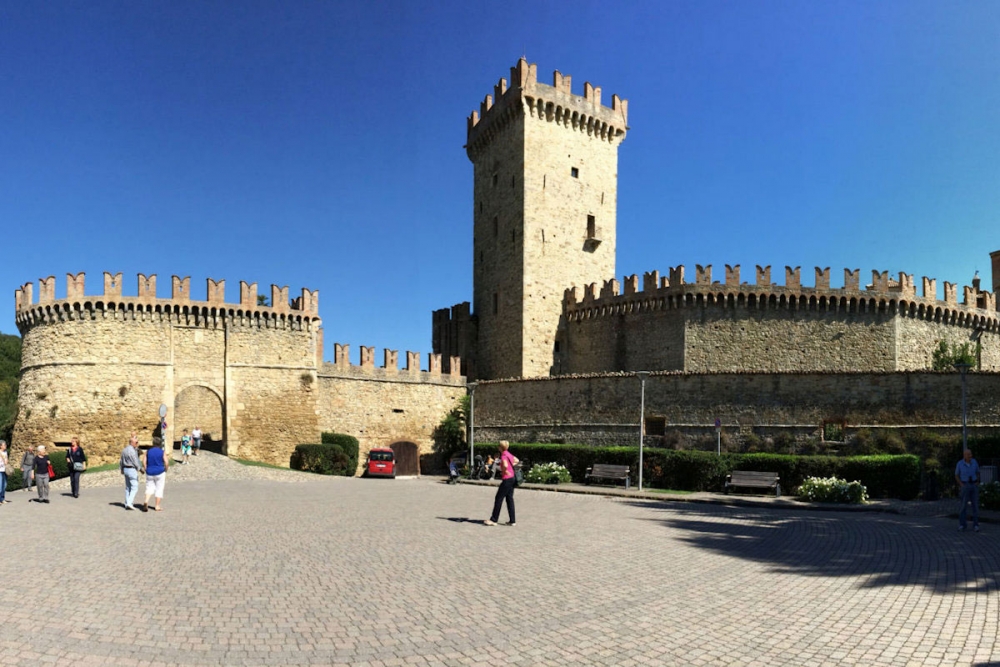 Small but charming fortified village, built on a limestone and sandstone spur that guarantees it a privileged position in the hills, Vigoleno is dominated by the Castle that belonged to the Visconti and then to the Scotti of Piacenza, now a noble residence. There are also the Oratory of the Virgin of Grace and the ancient Pieve di San Giorgio, which can be visited in an enchanting, intimate and silent atmosphere.

Vigolo Marchese
A few kilometers away, the ancient Baptistery of Vigolo Marchese, which flanks the Romanesque church dating back to 1008 the only remnant of a lost monastery. The baptistery, dating back to prior to the church and probably built as a pagan temple in Roman times, is one of the oldest examples of a circular building.