The Castles of Matilde (Reggio Emilia) 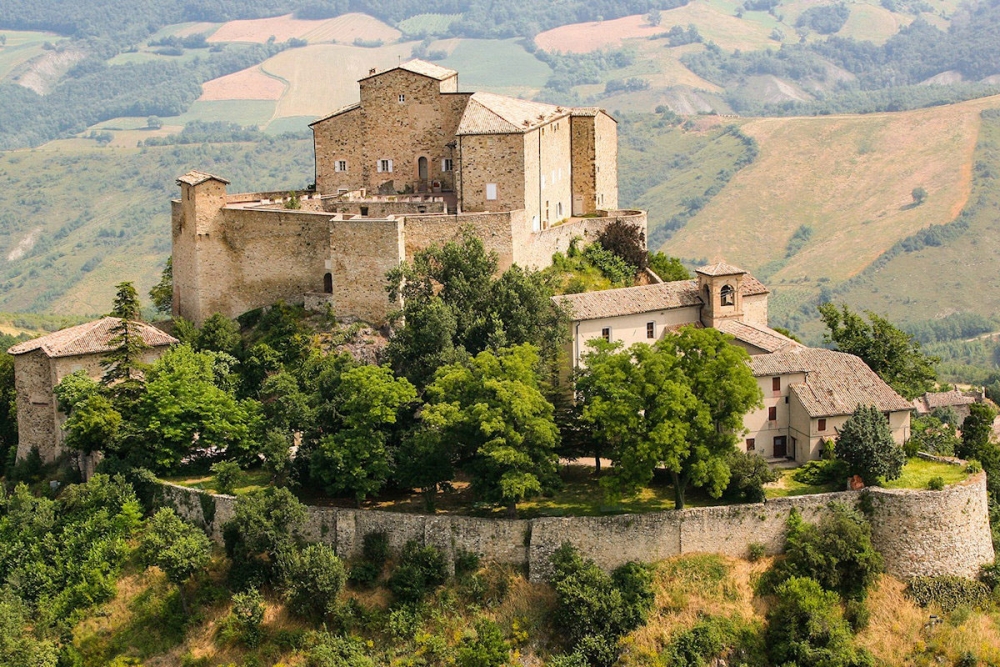 The itinerary allows you to retrace the traces of one of the greatest female figures of the medieval era, Countess Matilda di Canossa. Between the 11th and 12th centuries Matilda ruled a powerful state, which from Mantua reached almost as far as Rome, defended by a fortified system of castles and towers. Many of these places are now in ruins, but the territory still preserves the traces of that glorious past.

Even the names of the places evoke events and episodes of history: Canossa, very famous for the meeting between Henry IV and Pope Gregory VII in 1077, although in ruins it still stands mighty on the high cliff that dominates the horizon and a landscape made even more suggestive by the presence of the gullies.

The only castle still visible of the fortifications that stood on four hills dominating the current town of Quattro Castella, where, every year, the appointment of Matilda as vicar of Italy by the Emperor Henry V. episode is represented through the Matildic Historical Parade of Quattro Castella at the end of spring.

Another mighty castle today reduced to a few ruins but immersed in a breathtaking landscape, still rich in suggestions due to the presence of tower-houses and ancient parish churches.

Recognizable by the red color of the rock on which it is placed, the castle of Rossena has been preserved over time, retaining its mighty original appearance. Not far away, reachable on foot, stands the Rossenella watchtower, which was part of the defensive system of the Matildic territory.

Other castles and residences outside the city

Montecchio : built in the era of Matilde, the castle retains its medieval appearance. The itinerary includes a visit to the underground and the ascent to the Torrione.

Scandiano : the poet Matteo Maria Boiardo was born in the castle, where Francesco Petrarca, Calvino and Pope Paolo III Farnese stayed. Giovan Battista Aleotti gave it its present shape and the Este family transformed it into an elegant mansion.

Correggio : here is the splendid Palazzo dei Principi, home of the da Correggio, lords of these lands in the Renaissance era. It is accessed through the elegant sixteenth-century portal.

Novellara : from medieval fortress to noble residence under the Gonzaga family, the Rocca di Novellara, with richly decorated grotesque rooms, houses a museum that preserves splendid 16th century apothecary jars, a small theater of the nineteenth century and works by Augusto Daolio, unforgotten leader of the “I Nomadi” complex.

Guastalla : the Palazzo Ducale, founded in the fifteenth century, reached its maximum splendor in the second half of the sixteenth century, under Ferrante II Gonzaga. The building is currently undergoing restoration.

Published in Castelli
Tagged under