BOLOGNA, THE LEARNED, THE FAT, THE RED

Welcoming and suggestive, city of a thousand faces

It is called "the fat, the red, the learned" but these adjectives are not enough to define the splendid Bologna: it has always been the home city of artists, writers and songwriters . A city with a thousand faces and a lively and sparkling character, it is to be discovered in itineraries that cross arcades, towers and palaces.

Through its history, a tale of its most ancient traditions is born that is still alive today, modern and young. From Piazza Maggiore , with the Palazzo d’Accursio and the Basilica of San Petronio, you reach the Two Towers . Monuments and palaces that follow each other: the complex of the Seven Churches of Piazza Santo Stefano , the church of San Giacomo Maggiore .

Art lovers will discover a very rich pictorial heritage, ranging from the Masters of the sixteenth century between the Renaissance and Mannerism, up to the Carracci school, to that of Guido Reni and Guercino.

Leaving the city you cannot miss glimpses of great importance and interest such as the Basilica of San Luca, which greets visitors arriving from the north-west, the sanctuary located on the Colle della Guardia is connected to the city ​​center with longest portico in the world (almost 4 km continuous) erected in the 17th century. 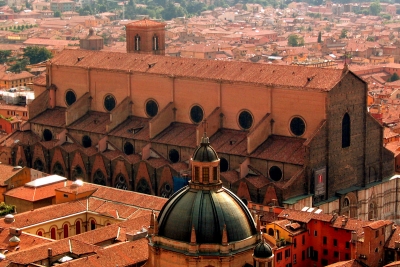 Our classic itinerary includes Piazza Maggiore, with the Palazzo d'Accursio and the Basilica of San Petronio, crosses the Mercato Vecchio… 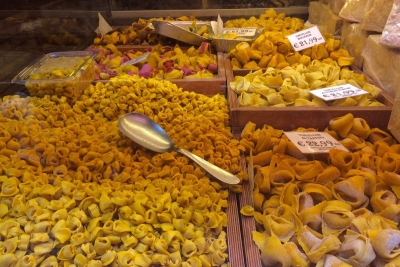 A walk in the center of Bologna hunting for the treasures of a city famous, throughout the world, for its…

In the evocative rooms of the former Gallotti furnace, a very interesting museum has found a home. It takes us…

Top 5 things to do
in Bologna