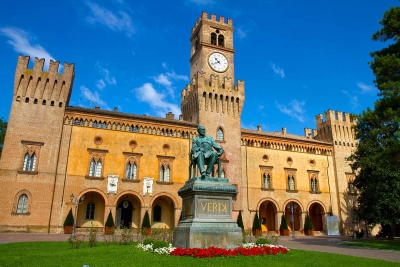 For total immersion in Verdi’s places, we can walk in the Master’s steps starting with his birthplace at Roncole and the nearby Church of Saint Michael the Archangel where Verdi was baptised, continuing towards the Verdi Theatre, inaugurated on August 15, 1868, in the Pallavicino Busseto Castle, and the splendid Villa Sant’Agata which preserves intact the rooms containing the Master’s furniture and souvenirs.

For true music enthusiasts, the trip begins in Parma with a Musical Promenade that lets you explore the musical history of the city by choosing these steps: Regio Theatre, Farnese Theatre, Opera Museum, and Arturo Toscanini’s birthplace.

Other significant places, which can be included in a two-day itinerary in Busseto, are: 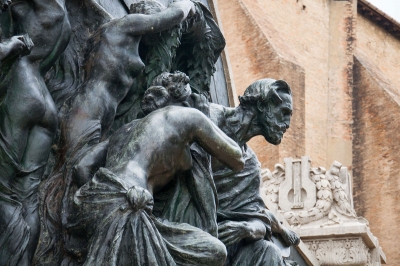 A journey through the heart of music under the sign of Verdi and Toscanini, discovering the unwavering connection of the city with opera, older than what you expect and deeply rooted. We will talk about arias and concertos, openings and upper balconies, enchanted batons and generous duchesses.

Musical Promenades can be arranged to pass through